A Welsh Victory at the National Sporting Club, 31 March 1919 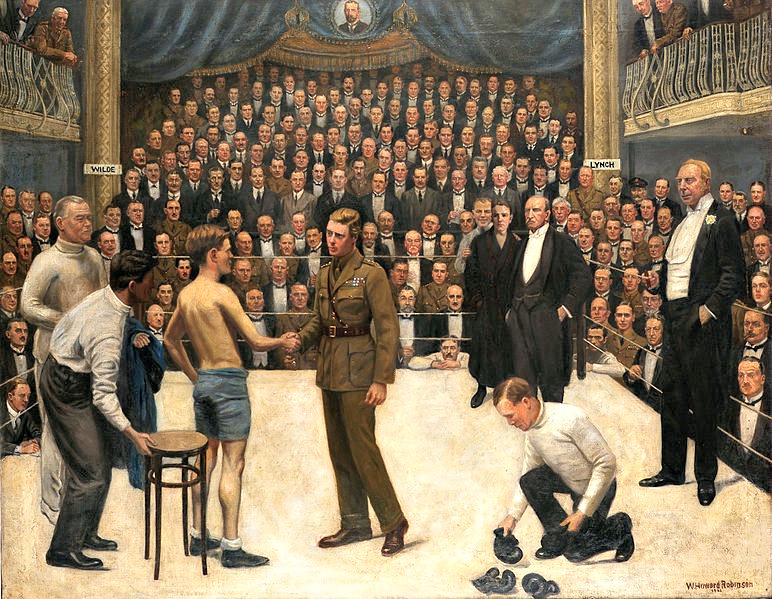 Title: A Welsh Victory at the National Sporting Club, 31 March 1919.

Information: This painting depicts the end of a fight between Welshman Jimmy Wilde (who won the bout on points) and American Joe Lynch. After the fight, the Prince of Wales (who later became Edward VIII) stepped in to the ring to shake the hand of the Welshman. In doing so, he became the first member of the British Royal family to officially enter a boxing ring, giving the sport a new air of legitimacy in the country that it had previously lacked.