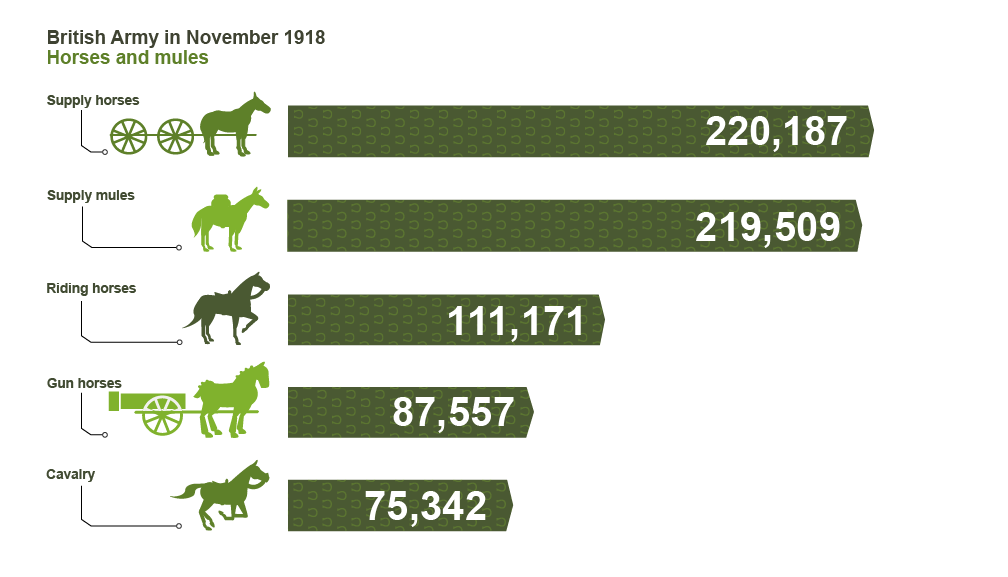 By the end of World War One, around 50% of the British Army’s horses were in France with the rest being spread across the Balkans, Middle East, Egypt, Italy and the UK. The four main roles mules and horses played during the conflict were; 1. Supply horses and mules which were used to move ammunition, general supplies and ambulances. 2. Riding horses that were ridden by soldiers, sometimes on the front line itself. 3. Gun horses that pulled heavy artillery pieces. 4.Cavalry horses were still used in battle during the Great War.