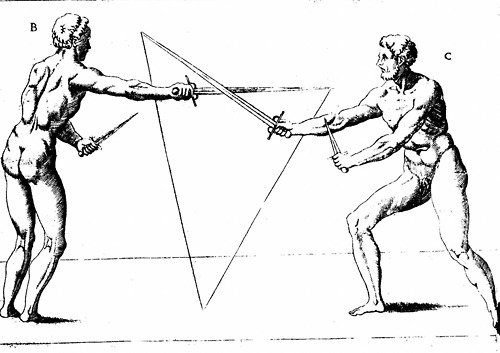 Camillo Agrippa is a legend of fencing who is widely considered to be one of the greatest fencing theorists of all time. He invented the four positions of fencing, (prime, seconde, tierce, and quarte) and suggested that the sword should be held in front of the body rather than behind. Through the use of common sense and geometric theory, Agrippa’s work, Treatise on the Science of Arms with Philosophical Dialogue (1553), changed the art of fencing profoundly in ways that are still relevant to this day.