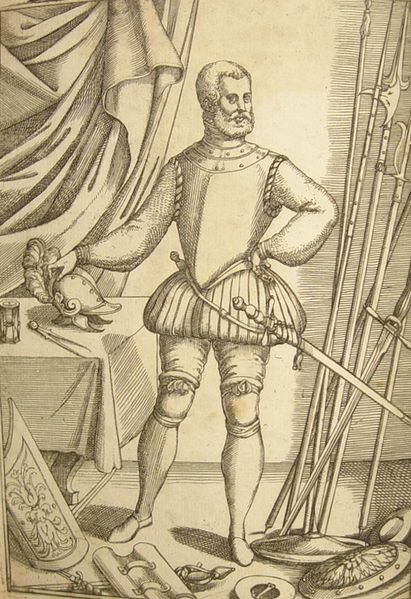 Giacomo di Grassi was an Italian master from the 16th century who had a great influence on the development of fencing right up to the modern day. He is often credited with inventing the modern parry and through his best known work, ‘His True Arte of Defence’, taught fighters from his day to think more about defence than had previously been the norm.