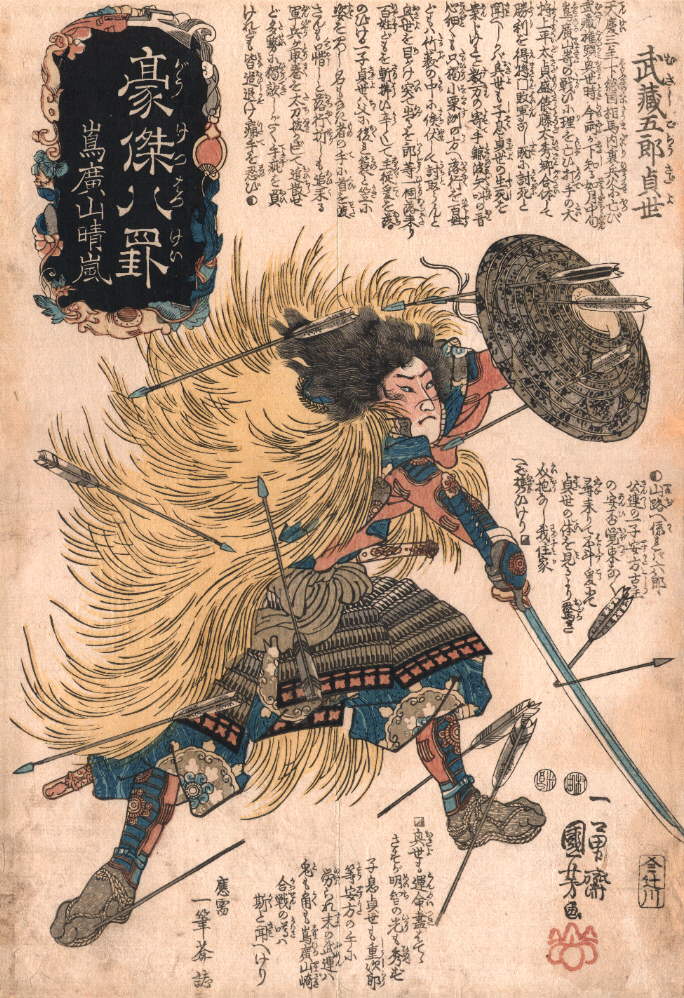 Information:  This image depicts a 15 year old 10th century samurai by the name of Musashi Gorō Sadayo defending himself against Imperial forces. The fighting came about after his lord, Taira no Masakado, proclaimed himself the new emperor in 939. However the rebellion was ill fated and the pretender and his men were defeated at the Battle of Mt. Shimahiro by troops led by Fujiwara no Hidesato just a few months after declaring the independent regime.