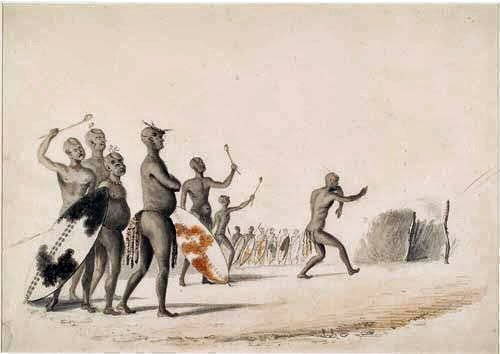 Mzilikazi, meaning "The Great Road" (c. 1790 - 1868), was a king from South Africa who is famous for leading a massive tribe known as the Khumalo on an 800 km long journey from Zululand to Matabeleland (now SW Zimbabwe), where he founded the Matabele kingdom. Formally a lieutenant of the great Zulu king Shaka, he rebelled in 1823 and formed his own tribe. Along the way he conquered many other tribes, assimilating the survivors into citizens of his own kingdom showing him to be both a great general and an accomplished statesman.

During a period known as the Mfecane (crushing) that lasted around 10 years, he waged war on all opposition in the Transvaal region with a death toll that was so high that when the Boers arrived and forced him to move on in the 1830s, they were able to take control of the region without any resistance from any remaining locals.

Eventually Mzilikazi and his people settled at Matabeleland in 1840 where they were able to repel further attacks by the Boers and by 1852, he had coerced a peace treaty from the government of the South African Republic.