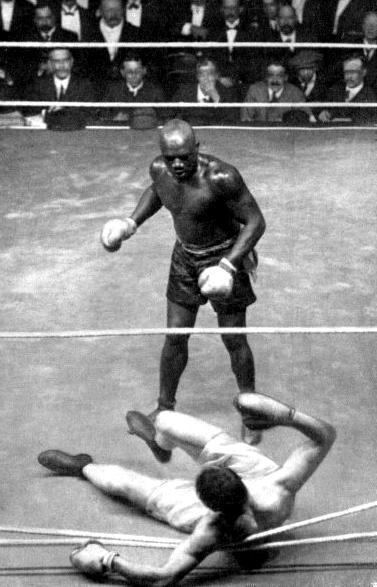 In 1911 in London, Sam Langford, weighing in at 165 lbs beat the much heavier Bill Lang, who weighed in at 196 lbs. The fight was a total mismatch from the start with the lighter and shorter Langford dominating before winning the fight in the sixth round after his opponent was disqualified for a foul blow.