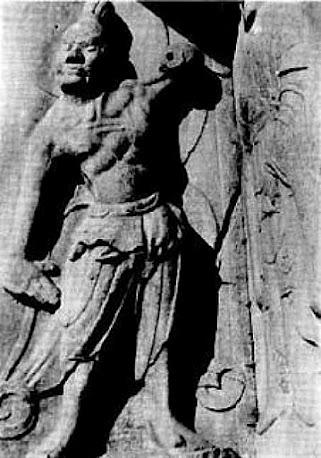 One of the earliest influences on taekwondo history and philosophy was the twenty-fourth King of Silla, Chin Heung. He organised a special fighting unit for his army who were well trained, elite warriors known as the HwaRang who were prolific with weapons as well as an unarmed combat system called SooBak.

They became taekwondo history legends because their whole lives were dedicated to protecting their realm. They were also taught spiritual matters and they were expected to live by an honour code that consisted of five rules;

The HwaRang became such prolific warriors that in the 7th century, they helped Silla defeat its two much larger rivals, unifying the country in the process and bringing peace to Korea.

Image: The statue of Kumkang-Yuksa, a famous warrior figure from the age of the Silla Dynasty