Posted by on Thursday, November 1, 2012 Under: Photography 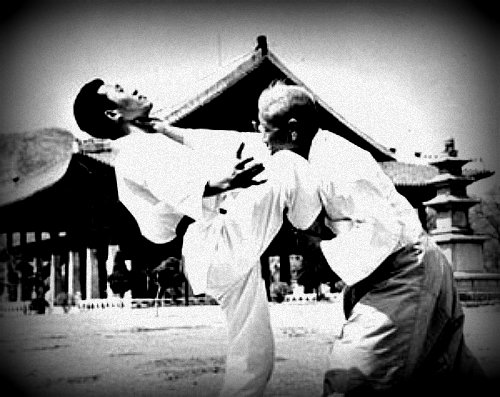 Song Duk Ki demonstrating his art in Seoul in 1964

Song Duk Ki was a master of taek kyon, (a precursor of taekwondo), who was instrumental in preserving Korean martial arts in the first half of the 20th century. Taek kyon and soo bak were the main forms of art being practice at the time and they would later go on to be blended together along with moves from karate and kung fu, to help create modern taekwondo.

However this would have been impossible without a group of masters, led by Song Duk Ki, who at great risk to themselves kept the art alive in secret. This was despite the fact that from 1910, an invading Japanese government had ordered a ban on all Korean cultural practices, including making it illegal for Koreans to learn martial arts.