Operation Crossroads - The Bombing of Bikini

Posted by on Sunday, January 25, 2015, In : Photography
These nuclear bomb detonations, (known as the Able and Baker Tests respectively), took place in July 1946 as part of Operation Crossroads on the island of Bikini Atoll in the Pacific. A fleet of decommissioned US and seized Japanese vessels were deployed in the area with the intention of simulating and documenting the effects of nuclear weapons in naval warfare. They were the precursors to a series of large thermonuclear tests that over the next decade or so would render Bikini unfit for huma...
Continue reading ...

Hazel Ying Lee, the first Chinese American woman to fly for the United States military, became a licensed pilot in 1932. She flew fighter aircraft to their destinations as they poured out of American factories for the Women Airforce Service Pilots (WASP). After 12 years of service, Lee was tragically killed at the age of 32 when she was involved in a mid-air collision while piloting a P-63 Fighter. 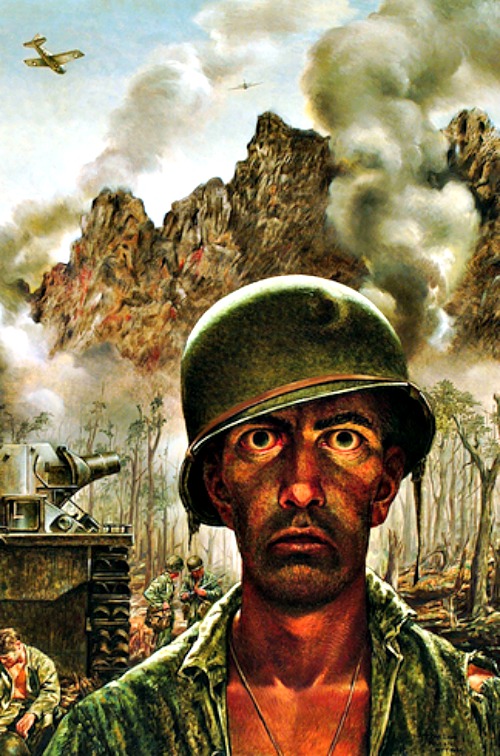 That 2,000-Yard Stare by Tom Lea is a painting housed in a U.S. government warehouse that stores artifacts and precious works of arts obtained over the years by the army. The collection includes 16,000 pieces of fine art consisting of of donated and commissioned pieces, much of which were painted by soldiers who experienced their subjects first hand.


Sergeant William Knapp of the 1st.Battalion, Coldstream Guards. The picture was taken by Robert Howlett
and Joseph Cundall in Aldershot, Hampshire in July 1856. Knapp is wearing the Crimea Medal with four bars
for Alma, Balaklava, Inkermann and Sebastopol.
Continue reading ...
« Back to posts