"You cannot step into the same river twice".

"A man's character is his fate"

Reach the Limits of Virtue

"You should reach the limits of virtue, before you cross the border of death."

The Battle Between the Gods and the Titans


Title:  The Battle Between the Gods and the Titans

Information:  According to Greek mythology, the world was once run by a group of deities known as the Titans. Their leader, Cronus, had eaten most of his offspring in a bid to prevent their prophesised rebellion however his youngest son, Zeus, escaped this fate. After freeing his siblings from their father’s stomach, they moved to Mount Olympus from which they waged war on the Titans.


This small-scale model is of the Archer XI of the west pediment of the Temple of Aphaia (c. 505–500 BCE), which is dedicated to a Greek goddess of the same name and was worshipped almost exclusively on the island of Aegina in the Saronic Gulf.
Continue reading ...

This mosaic was found in the House of the Faun in Pompeii and depicts a battle between the armies of Alexander the Great (left) and Darius III of Persia (in the chariot to the right). Alexander’s, upper body and head are still visible and on his breast plate is a picture of Medusa. Darius is believed to be desperately trying to flee the battle and his extended arm may suggest he had just thrown a javelin. The Alexander mosaic is t...
Continue reading ...

Artist:  Briseis Painter (real name unknown, this Athenian artist is known for his
particular style of decoration on pottery).

Information:  The artwork on this Attic red-figure cup features Apollo, the Greek god
of archery and his twin sister Artemis, the goddess of wild places and hunting.
Continue reading ...

Why we Make War

Infomation:  This fresco from Thera (modern-day Santorini in Greece) depicts two Minoan
boys engaged in boxing and is the earliest image depicting the use of boxing gloves.
Continue reading ...

The First and Noblest of all Victories 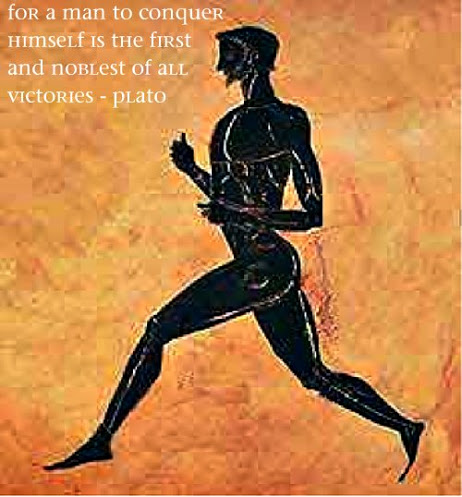