Bimba is a 'cute' term for penis much like 'wee wee' in English and is a nickname the Mestre had from when he was first born.

As he had a lot of puppy fat, the midwife thought he was a girl but his mother disagreed; when the midwife moved the fat out of the way, the nickname was born when she yelled, "He is a boy! Look at his Bimba."

Between 1918 and 1936, Mestre Bimba challenged all the best fighters he could find.

Not only did he win each fight, but most were over very quickly; the longest, according to the great capoeirista himself, lasted just one minute and two seconds.

"There are two writers from Rio de Janeiro who say that capoeira came from Africa, but no. It was created in Brazil, in the slave quarters, on the plantations, where the blacks worked.

So that when they were pursued by the so-called “Captain of the Bush” [those sent to recapture runaway slaves], they defended themselves with kicks and sweeps.

In theory, that’s the legend of capoeira, which existed in 1918".

Mestre Bimba and the Legalisation of Capoeira in Brazil 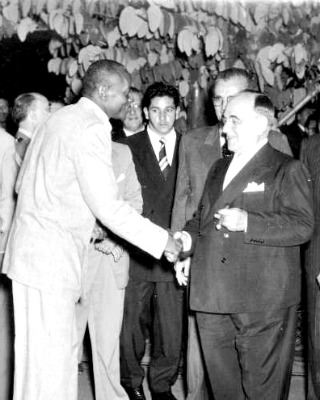 Manuel dos Reis Machado or Mesta Bimba as he was better known was born on 23 November, 1900 in Salvador, in the home country of capoeira, Brazil.

The youngest of 25 children, his first job was as a carpenter on the docks where he developed his physical strength; by the time he was 18, he could carry 120 kg.

He learned traditional capoeira (known as Angola) from a Mestre called Betinho and went on to teach it for ten years before he developed his own style, which he called Regional.

Previously, it was said that every capoeirista had his own style but Mestre Bimba brought in a training system that consolidated the techniques and refined the art. He also recognised that like other world martial arts, capoeira needed a code of ethics before its reputation could be restored and it could get accepted by people outside the criminal underworld as a part of Brazilian heritage.

This honour code included rules such as;

Other Developments Made by Mestre Bimba

Practitioners of the Mestre’s Regional system were (and still are) also expected to be presentable at all times and wear clean, white uniforms with coloured scarfs that indicate rank. He also included choreographed sets of moves and introduced flips, throws and sweeps to the fighting system, giving it its characteristic flamboyancy that sets it apart from the other main type of capoeira of Brazil, the Angola style.
During his early years, being a capoeira fighter was outlawed which made many of the best martial arts experts criminals. Nonetheless, Bimba was known to openly learn and teach capoeira and by around 1928, he was well respected enough to be asked to demonstrate it in front of the President of Brazil, Getulio Vargas (pictured together above).

After witnessing Mestre Bimba’s demonstration, the President was so impressed he made one of the most important decisions in capoeira history and authorized the opening of the first legal capoeira school in 1932 which Bimba named Centro de Cultura Fisica Regional (CCFR). It was a place where people from all walks of life could go and learn the martial art and this act at once gave capoeira an air of respectability in the public eye and changed its image for ever.

After a demonstration of capoeira in 1974, the mestre was taken to a hospital in Goiania after complaining he felt sick. Soon after, at the age of 74, one of the most significant men in capoeira history died of a brain haemorrhage. His legacy is still felt strongly today in the art and Mestre Bimba is unarguably one of the most influential people in the history of the martial arts in Brazil.

The Owner of the Game: Mestre Bimba. [Internet]. 2002. University of Florida. Available from: http://iml.jou.ufl.edu/projects/fall02/oliveira/regional.html [Accessed October 24, 2013]. 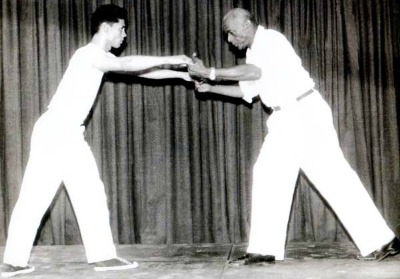 Mestre Manduca da Praia, known as ‘The Elegant Capoeira Fighter’ was a nineteenth century Brazilian martial artist who was not only a ferocious warrior, but managed to maintain his standing as a respectable business man with in his community.....Read Article
Jose Antonio do Nascimento

Jose Antonio do Nascimento was one of the best fighters of the nineteenth century. His skills earned him a fearsome reputation and his size and prowess earned him the nickname Nascimento Grande (Big Birth).....Read Article
Mestre Besouro Manganga

Besouro Manganga was such a prolific capoeira fighter that people believed him to have magical powers (known as corpo fechado). His agility and nimbleness helped him avoid capture time and time again, and even when cornered by police, he would usually come out on top.....Read Article
Angola Capoeira