Bodhidharma and the Beginnings of Kung Fu

Bodhidharma is really more of a title than a name and can be split into two separate words that originate from Sanskrit, an ancient form of written language from India.

Bodhi means 'awakened' or is more commonly translated in the West to 'enlightened' and refers to a teacher who has reached a state of higher understanding about the nature of things.

Dharma refers to the principles of cosmic order and religious duties such as virtue and righteousness.

One legend says that while meditating, Bodhidharma fell asleep which angered him so much that he cut (or ripped) off his own eyelids to prevent the same thing happening again.

After doing so, he threw them on the floor and from them stemmed the first tea plants, which provided a stimulant to help the Shaolin monks with their long hours of work and meditation. 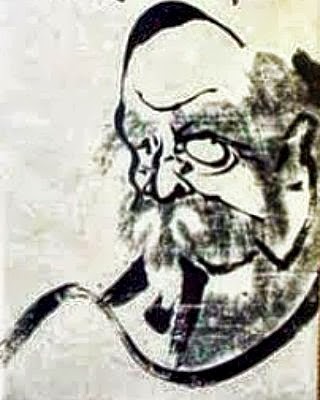 While China has a long tradition of developing fighting styles, some believe that most modern systems stem from the teachings of Bodhidharma. History is sketchy on precise details but he probably went to the Shaolin Temple in the sixth century and taught various exercises to the monks there that would develop into modern day kung fu.

From what evidence has survived, we know that Emperor Huang Ti used a basic fighting system called Chiou Ti (or Go-Ti) which dates back to around 2,674 BCE. This evolved into Shuai Chiao, which is similar to Judo and utilizes fast throws and joint locks along with elbow and knee strikes.
These early systems were used to improve the fighting skills of soldiers who tended to be in the army for life. Those that lived long enough however could eventually retire to a monastery where they continued to use their training techniques to stay fit and healthy.
Around 600 BCE, Confucius stated that the martial arts should be encouraged in everyday life and his contemporary Lao Tzu, devised a philosophical system called Taoism. The teachings of these two were handed down through the ages and became entwined with the martial arts of China and later neighbouring countries. While this can be seen as the forerunner to Chinese martial arts, for many, modern day kung fu began when an Indian monk known as Bodhidharma (or Ta Mo in Chinese) arrived at the Shaolin Temple around 527 CE.

Ta Mo originally travelled to China in order to meet the emperor, a pious man who believed enlightenment could be obtained through good works being performed by others in his name. To this end, he had set about translating Buddhist scriptures from the ancient Indian language, Sanskrit, into Chinese in order to allow the common people to practice the religion.

The Indian monk disagreed with this interpretation of the religion and parted ways with the emperor, heading for the nearby Shaolin Temple where the Sanskrit was being translated. Probably as a result of his disagreement with their ruler, the monk was refused entrance so he sat in front of a wall in a nearby cave and meditated for nine years to prove his worthiness.

How much of the story of Bodhidharma’s history is based on fact can never really be known but we can say that a number of legends have arisen about him and that they themselves have become a part of the development of kung fu culture. Some tales say that he literally burned holes in the walls of the cave with his piercing eyes and others suggest that while meditating, the sun burned his silhouette directly onto the rock.

Either of these would have proven his dedication and may have eventually got him admitted to the temple, however it is more likely that over time he conversed with monks who brought him food and water and won them over with his great wisdom. The type of Buddhism taught by the Indian monk became known as Ch'an and would have a great influence of the philosophy of the martial arts not only in China, but also in Japan where it was known as Zen.

Exercise and the Shaolin Monks

Translating text was painstaking work as it all had to be done by hand. As a result, what Bodhidharma would have saw on his arrival was the Shaolin monks spending long hours hunched over desks, which would have negatively affected their physical and mental wellbeing. To combat this, he taught them exercises that were designed to improve internal and external strength that he derived from the hatha and raja yoga practices from his native India. His teachings were based on the movement of eighteen animals including the tiger, deer, snake and leopard.

While they were not strictly speaking martial arts techniques at this time, many monks would have probably known how to fight due to the dangers of wild animals in the remote areas that temples tended to be built in. The roads for travelling monks like Ta Mo and his contemporaries would also be hazards and protection from bandits would have been a must, either from trained bodyguards or from being able to fight themselves.

As a result, over time Shaolin monks blended fighting techniques with the movements taught by Bodhidharma which evolved into the martial arts of modern China. While these fighting styles vary widely, most have at least some connection in their lineage to the Shaolin Temple and have come to be known collectively as kung fu. 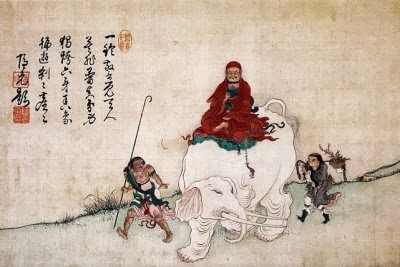 Kung fu history arguably goes back to the 6th century CE and the term kung fu can be used to describe any Chinese martial art. Though there are many styles, philosophies and techniques, most trace their ancestry to the Shaolin Monastery in Henan which has been instrumental in the development and spread of many fighting systems down the ages, collectively known in the West as kung fu.
Read Article
The Early History of Shaolin Kung Fu

A look at how the the history of Shaolin Kung Fu expanded and grew between 527 and 1644. It is believed that many styles of Chinese martial arts have their origins in this period, which also saw the spread of the teachings of the Shaolin monks to temples in other regions.
Read Article

Zhang Sanfeng who, according to legend, was the founder of an internal Chinese martial art known as Mien Chuen that would evolve into Tai Chi Chuan. After spending many years training in the Shaolin Temple, he made his way to the Wu Tang Mountains where he developed his new style after watching a fight between a snake and a crane.
Read Article
The History of Tai Chi Chuan
Tai Chi utilises internal energy, known as Chi, along with physical movements, breathing techniques and meditations. It can be practiced as a martial art or purely for the health benefits it promotes, which include strength, balance, agility, flexibility and stamina along with improved concentration, relaxation and lowered stress levels.
Read Article
The Shaolin in the Modern Era

The history of the Shaolin in the modern era has not been an easy one. The practice of Chinese martial arts was banned for much of the period and the monks considered enemies of the state because of their political ideologies and later their religious beliefs.
Read Article

Pak Mei was one of the famous Five Elders of Shaolin kung fu who developed the fighting system that would take his name. The system is a lethal combination of fighting techniques that combine the explosive power of the tiger with the dynamic speed of the leopard.
Read Article
Ving Tsun Kung Fu

According to legend, after the burning of the Shaolin Temple in the 17th century one of the surviving Five Elders, Ng Mui, taught kung fu to a woman called Yim Ving Tsun. From this union, Ving Tsun (Wing Chun) kung fu was developed and passed down from one generation to the next.
Read Article

All Rights Reserved. Disclaimer: This site uses cookies, by continuing to use the site you agree to the cookie policy and the privacy policy. The images on this site are believed to be in the public domain, however, if any mistakes have been made and your copyright or intellectual rights have been breeched, please contact andrew@articlesonhistory.com.