Jose Antonio do Nascimento was believed to have corpo fechado, which literally means closed body.

The implication here is that he was invincible as even bullets could not seem to hit or affect him.

Attributing supernatural powers to capoeira fighters was not unusual, for example Mestre Besouro Manganga was also believed to possess corpo fechado and, so it was believed, could even turn into a beetle to evade capture by the police.

Jose Antonio do Nascimento had many fights over the years. In one he beat a challenger and then in a bid to add insult to injury, made him dress as a woman!

The police arrived and surrounded Nascimento to arrest him for practicing the capoeira arts however in a whirl of techniques, he attacked them too leaving them all with broken bones and making good his escape.

We need to be in the actual life, the real life, because capoeira is fundamentally about the roda of life. 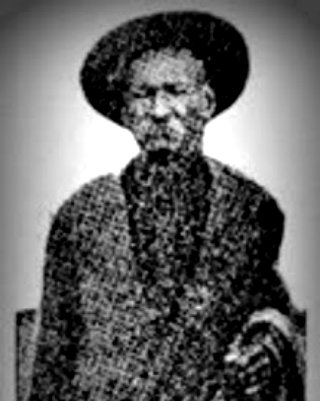 Brazilian capoeira fighter Jose Antonio do Nascimento lived in the state of Pernambucco in the late nineteenth century and was known as the Great Birth (Nascimento Grande) as a result of his unusually large size.

He was seen by other capoeiristas as a challenge so although he did not go looking for trouble, he often found himself battling with rivals. At the time, practicing the art of capoeira was illegal and could be severely punished.

Sometimes those captured would have their Achilles heel slashed to prevent any future participation or effort to learn the martial art and many were even shot on sight. This did not deter Nascimento who although a mild mannered man, would often humiliate his opponents after defeating them.

This made him many enemies within Brazil’s criminal underworld and as he had a knack for evading capture by authorities, he also made many enemies from within the police force.

Brazilian capoeira is full of legends and legendary fights that are a part of the country’s heritage and add to the rich tapestry of tales told about the history of the martial art. One such story tells of how the Great Birth fought one of the best martial arts experts in the local area, Joao Sabe Tudo, (Joao knows everything).

When they met in the street both men attacked simultaneously, Joao fighting with a knife and Nascimento using his trade mark weapon, his cane. A large crowd gathered around to watch two of the finest Brazilian capoeira fighters of the day do battle.

As the fight raged on, it became clear that the two men were evenly matched, each one cancelling the other out making the fight last much longer than would normally be expected. The fight moved down the street with nobody able to land the decisive blow until they realized they had forced each other into a local church.

The vicar, a well-respected community leader, was livid. He rebuked both men for daring to fight in the house of God and demanded they shake hands and call an end to the shenanigans. Although both wanted to see the fight through, they did as the vicar asked out of respect and left the church with the battle called as a draw; the two mestres would never face each other again.

Despite living a dangerous lifestyle as an outlaw and making enemies on both sides of the law, Mestre Nascimento Grande lived to the ripe old age of 90. Today, he is considered a legend within martial arts history and tales of his prowess are handed down from one generation to the next. 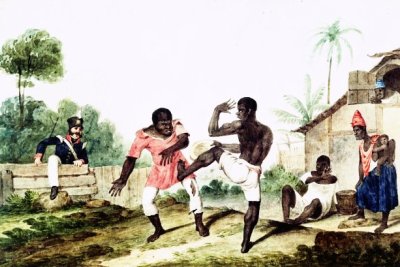 Mestre Manduca da Praia, known as ‘The Elegant Capoeira Fighter’ was a nineteenth century Brazilian martial artist who was not only a ferocious warrior, but managed to maintain his standing as a respectable business man with in his community.....Read Article
Mestre Besouro Manganga

Besouro Manganga was such a prolific capoeira fighter that people believed him to have magical powers (known as corpo fechado). His agility and nimbleness helped him avoid capture time and time again, and even when cornered by police, he would usually come out on top.....Read Article
Mestre Bimba

Mestre Bimba is important in capoeira history because of the role he played in legitimizing the art. By introducing a code of ethics, set training methods and a number of new techniques, he helped change capoeira from an illegal discipline associated with crime, to an iconic cultural pastime.....Read Article
Angola Capoeira