The master was affectionately given the nickname Pak Mei meaning White Eyebrows because of his aged facial features. His real name appears to have been lost to time though it may have been Chu Long Tuyen.

The system of kung fu that he taught would adopt his nickname when his only student, Gwong Wai, renamed it to honour his master.

Today, a version of the art of Pak Mei is widely taught after being re-developed and made more accessible to the modern martial artist in the early 1900's by Cheung Lai Chuen (pictured below) and popularised in Hong Kong.

However the sheer level of ruthlessness in the style means that in its truest and oldest form, it is still a restricted art, usually being taught and learned by a select elite of kung fu experts. 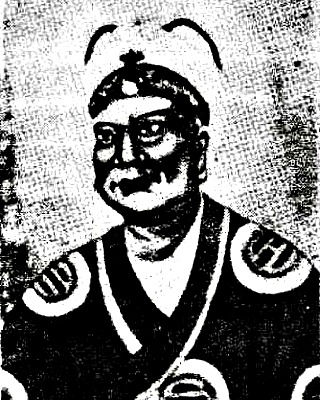 Pak Mei (also known as Bak Mei, Pak Mee, and Pai Mai) is believed to be one of the Five Elders of the Shaolin who survived a fire that destroyed the main temple at Henan and the subsequent slaughter of the monks that lived there.

The attack was carried out in 1647 at the hands of the newly emerged Ching (Qing) Dynasty (1644–1911) and led to the emergence of a number of new styles of kung fu, including the one developed and named after the legendary Pak Mei.

Sources for the Legend of Pak Mei

Early sources on Pak Mei and his fellow elders are scarce so oral history and a novel called Wan Nian Qing from the late Ching Dynasty period have to be relied upon when learning about the master.

The book is the only contemporary text that gives details on the Shaolin from the period and is thought to combine real people, places and events with fictional ones. This leads some scholars to doubt the validity of the story of the Five Elders and question whether they even existed.

However, when combined with the oral tradition and the fighting styles that were passed down the generations, it seems likely that there is at least some kernel of truth behind the kung fu legend of Pak Mei and his associates.

His involvement in the burning of the Shaolin Temple is set in controversy. Some stories have it that he was a traitor to the previous leaders, the Ming, and worked for the conquering Ching Emperor that was responsible for the burning of the temple which had become a hub of resistance against them.

Others maintain however that he was actually working as a spy, aiding the Shaolin and Ming Rebellion. If he was a double agent, there are also conflicting accounts on Pak Mei’s involvement in the resistance movement after the escape of the Five Elders.

Some say he lost faith in the cause and quit it while others believe that he was instrumental in the forming of the Heaven and Earth Society, a secret organisation that would continue the struggle to restore the Ming Dynasty for generations to come.

What is Pak Mei Kung Fu?

The overall fighting style of Pak Mei is one of explosive power, strongly influenced by the ferociousness of the tiger combined with the sharpness of the leopard; it also incorporates some elements of the Shaolin Snake, Crain and Dragon styles.

Weapons are utilised by exponents of Pak Mei kung fu extensively, the most important of which are;
As with many styles from Southern China, the art of Pak Mei kung fu utilises four essential principles; Floating (fou), Sinking (chum), Swallowing (tun)  and Spitting (tou). More uniquely, it also utilises the effects of six sources of power; Teeth (Ngaa), Neck (But), Shoulder (Gin), Hands (Sau), Waist (Jiu) and Feet (Goek).
It also emphasises deadly close range hand strikes, in particular with Phoenix-Eye Fist, (an attack with an extended knuckle) and the moves often focus on trapping the attack of the opponent while simultaneously striking. Joint locks are also commonly used, as are Tiger Claw and Southern Eagle Claw which, as the names suggest, involve using the hands as claws.

According to kung fu legend, at some point after his escape from the burning temple, Pak Mei is said to have gone to Mount Emei, where he taught his style to the Chan (Zen) master Gwong Wai who then passed it on to Juk Faat Wan.

For generations, the style was kept a secret, being passed down a small number of family lineages until it was eventually revealed to the world in the 19th century by three masters; Pak Ree Wong, So Qyin Chaun and Lee Fat Chan, who allowed Pak Mei kung fu to begin to spread around Chinese villages and bordering territories such as Vietnam. 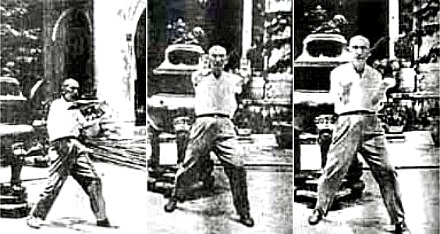 Bodhidharma is given credit for founding modern day Chinese martial arts after visiting the Shaolin Temple in the sixth century. It is said he taught various exercises to the monks there, laying the seeds for the fighting systems that are today collectively known as Kung Fu......Read Article
The Early History of Shaolin Kung Fu

A look at how the the history of Shaolin Kung Fu expanded and grew between 527 and 1644. It is believed that many styles of Chinese martial arts have their origins in this period, which also saw the spread of the teachings of the Shaolin monks to temples in other regions.....Read Article

Zhang Sanfeng who, according to legend, was the founder of an internal Chinese martial art known as Mien Chuen that would evolve into Tai Chi Chuan. After spending many years training in the Shaolin Temple, he made his way to the Wu Tang Mountains where he developed his new style after watching a fight between a snake and a crane.....Read Article
The History of Tai Chi Chuan
Tai Chi utilises internal energy, known as Chi, along with physical movements, breathing techniques and meditations. It can be practiced as a martial art or purely for the health benefits it promotes, which include strength, balance, agility, flexibility and stamina along with improved concentration, relaxation and lowered stress levels.....Read Article
The Shaolin in the Modern Era

The history of the Shaolin in the modern era has not been an easy one. The practice of Chinese martial arts was banned for much of the period and the monks considered enemies of the state because of their political ideologies and later their religious beliefs.....Read Article