According to legend, only five masters survived the massacre at the temple in Henan in 1647. Known as the Five Elders, they were;

Ng Mui – A Buddhist nun who was a Bil Gee and Dim Mak master. She founded the Dragon Shape and Wu Mei styles and helped develop Wing Chun kung fu

According to some sources one of the Five Elders, Pak Mei, was a traitor who sold out the Shaolin and gave information to the invading Ching leaders that led to the destruction of the temple in Henan in 1647.

As a result, Jee Shin, another of the Shaolin surviving masters, challenged him to a fight but was no match for the master of White Eyebrows, and paid with his life.

However others believe Pak Mei was actually a double agent who spied for the leaders of the Ming revolution in a bid to aid thier cause.

"Man, the living creature, the creating individual, is always more important than any established style or system".

The History of the Shaolin in the Modern Era 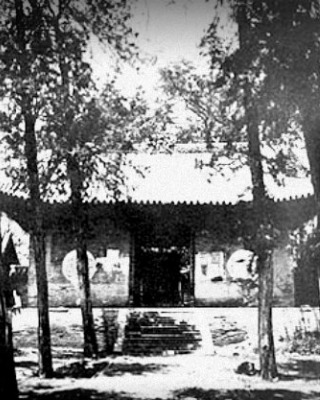 In 1644, Manchurian invaders conquered China bringing the Ming Dynasty to an end to be replaced by the Ching Dynasty (also known as Qing). Many fled for their lives during the onslaught though at first the Shaolin attempted to remain neutral.

However as refugees flocked to the Shaolin Temple in the Henan Province seeking sanctuary, it soon became a centre of resistance against the new ruling elite.

The Destruction of the Shaolin Temple in Henan

In 1647, matters came to a head between the Shaolin monks and the leaders of the Ching who destroyed the main temple at Henan in a bid to end the rebellion.
After bombarding it with cannons, they set the buildings on fire slaughtering most who tried to escape the flames and capturing and torturing many others. According to some sources only five of the monks and nuns survived, known as the Five Elders, many legends have since grown around them concerning the history of kung fu.

Three of the Five Elders, Pak Mei, Fong Sai Yuk and Ng Mui, are believed by some to have been instrumental in the on-going revolt against the Ching. They are said to have helped  form the Heaven and Earth Society (commonly known as the Triads), a secret society that had a following of around a million people. They taught their martial arts styles to their followers, who would continue the struggle against the invaders for generations to come.
From this time up to the early twentieth century, martial arts were outlawed for China’s citizens and documents and scrolls were systematically destroyed. Kung fu through this time had to be taught in secret and knowledge handed down from master to student, with very little being written down. As a result, the truth about many of these stories and even the existence of many of the famous masters is often doubted by scholars because of the lack of surviving primary evidence.

While much of the factual history may never be known for sure, it is true to say that the myths and legends surrounding the temples and Chinese martial arts in general have themselves had a great influence on practitioners and experts of kung fu for centuries. Therefore we can say that they are still important tales despite their lack of validation.

The Shaolin in the Early Twentieth Century

The nineteenth century saw the country annexed by foreign powers including Japan, Russia, France, Holland, the USA and Britain. The imperial powers became mere puppets of the foreigners and by the turn of the twentieth century, the empress was hated by most Chinese people.

In 1901, the so called Boxer Rebellion began, led by Chinese martial artists (then commonly known as boxers) from the Shaolin Temple and its subsidiaries. They were heavily defeated, largely because they believed talisman and spells would protect them from the bullets being used against them. This led to a downturn in fortunes for the temples and many of the warrior monks that survived migrated to other countries or went into hiding and obscurity.

The fall of the Ching Dynasty in 1911 after a revolt led by Dr Sun Yat-Sen saw an upturn in the fortunes of the Shaolin and in Chinese martial arts in general. The secret styles that had been handed down from master to student started to be taught publicly and many books on the subject were published.

During the civil war in China in the 1920s between the Communist forces of Mao Tze Tung and the Nationalists let by Chiang Kai-Shek, the Shaolin monks were further persecuted. This time it was due to their neutrality in a conflict that was fuelled largely by overstated national pride, though they did have by this time warriors who could fight in a modern battle (see image below).

O Mei Shan (Great White Mountain) Temple in the Szechuan Province was used as target practice due to its location on top of a mountain. The temple in Henan did not fare any better and was again burned to the ground with a fire that lasted for forty days. All the buildings were destroyed along with the loss of many priceless books, records and artefacts.

In a bid to preserve the martial arts, President Chiang Kai-Shek established the Nanking Central Guoshu Institute in 1928. Many renowned masters were brought together to share their knowledge and the traditional name Wushu (martial techniques) was renamed Zhong Guo Wushu (Chinese martial techniques) or Guoshu (country techniques).

However this effort to preserve and develop Chines fighting styles only lasted a short time as all training was discontinued with the onset of the Second Sino-Japanese War (1937 – 1945). The temples suffered more damage at the hands of the Japanese during this time and after the war and the onset of the Cultural Revolution, martial arts were banned by the country’s communist leaders.

Kung Fu in the Latter Half of the Twentieth Century

In the 1960s, the main Shaolin Temple at Henan was abandoned by its monks after they suffered public humiliation and beatings as a result of communist beliefs on religion. Authorities soon realised however that there was a need for a martial arts tradition and what the temples could do for tourism so they implemented the sport of Wushu.

Though not strictly speaking a martial art, it was seen by many as a satisfactory compromise that allowed some of the movements to survive, though it was mainly based on performance rather than learning combat skills. Others continued to teach traditional Chinese martial arts in secret or in other countries and it was from this environment that modern styles and practices emerged.

Perhaps most notable was the influence of Bruce Lee, who gave Eastern fighting systems a worldwide audience through the success of his movies. What’s more, Lee moved away from the idea of ridged styles and taught that martial artists should be willing to learn from any master who had something to teach, regardless of what system he or she taught.
He also believed that it was the training, not the specific style, which was important for the growth of physical and mental well-being, a philosophy that was reminiscent of the ancient masters of kung fu.

From the 1980s, the Shaolin monasteries gained favour with the government and new buildings were built to replace the decaying old ones. The doors of the main temple at Henan were opened to the public and it became an important tourist attraction, with programs put in place that allowed people from all over the world to visit the historical home of kung fu and learn martial arts from the masters there. 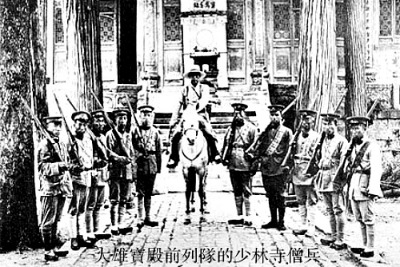 Bodhidharma is given credit for founding modern day Chinese martial arts after visiting the Shaolin Temple in the sixth century. It is said he taught various exercises to the monks there, laying the seeds for the fighting systems that are today collectively known as Kung Fu......Read Article
The Early History of Shaolin Kung Fu

A look at how the the history of Shaolin Kung Fu expanded and grew between 527 and 1644. It is believed that many styles of Chinese martial arts have their origins in this period, which also saw the spread of the teachings of the Shaolin monks to temples in other regions.....Read Article

Zhang Sanfeng who, according to legend, was the founder of an internal Chinese martial art known as Mien Chuen that would evolve into Tai Chi Chuan. After spending many years training in the Shaolin Temple, he made his way to the Wu Tang Mountains where he developed his new style after watching a fight between a snake and a crane.....Read Article
The History of Tai Chi Chuan
Tai Chi utilises internal energy, known as Chi, along with physical movements, breathing techniques and meditations. It can be practiced as a martial art or purely for the health benefits it promotes, which include strength, balance, agility, flexibility and stamina along with improved concentration, relaxation and lowered stress levels.....Read Article
Pak Mei – A Kung Fu Legend

Pak Mei was one of the famous Five Elders of Shaolin kung fu who developed the fighting system that would take his name. The system is a lethal combination of fighting techniques that combine the explosive power of the tiger with the dynamic speed of the leopard.....Read Article
Ving Tsun Kung Fu