Dr Inazo Nitobe wrote a book in English in 1900 called Bushido: The Soul of Japan.

It explained to the Western world exactly what the ‘Way’ of the Japanese warrior of the medieval period was and how the Bushido Code influenced their lives. He stated that;

While Nitobe, like so many others before and after him, did have a tendency to over-romanticise when it comes to the samurai and his sword, the poetic language used when it comes to the katana and its wielder reflects just how important the weapon was to the honour codes and culture of the warrior elite in Japan.

Masamune (pictured below) was a sword-smith of the Kamakura Period and considered to be the best ever.

His swords were known to have the perfect balance between sharpness, strength and flexibility which was achieved by welding three bits of steel all with varying carbon content.

Masamune’s swords were so sharp that anyone who used one of his masterpieces would, so the legend goes, go mad with blood lust.

That said, other legends maintain that his swords had a deep spiritual purity and would not indiscriminately cut down the innocent and undeserving.

"The warrior's intention should be simply, to grasp his sword and to die". 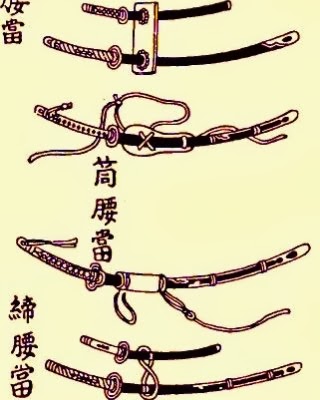 Japanese samurai swords were worn by warriors of the ruling elite during the middle ages right up to the modern era and acted as much as status symbols as they did weapons.

They often came as a set of two, a katana which is the longer of the pair and was used to fight with and the wakizashi, a shorter sword mainly used as a backup weapon, for seppuku (ritual suicide) and for decapitating defeated enemies on the battle field in order to present the head to a warlord.

Up to around the turn of the 8th century, Japanese warriors used Chinese style swords which were sharp but prone to break during battle. This highlights a problem that has been faced by sword-smiths all over the world and throughout the ages; they could make a sword sharp but it would be brittle and easily snap, or they could make it tough and pliable but it would be relatively blunt.

The Beginning of Samurai Sword History

According to legend, samurai sword history began when a master smith named Amakuni noticed that the swords he made were snapping a lot during combat. He set about to solve this problem through a process of praying for inspiration and the use of trial and error, eventually realising that the secret lies in the cooling part of the sword making process.

Once the weapon has been hammered into shape, Amakuni discovered that if he covered the top of the blade with clay, the bottom edge would cool at a quicker rate making it possible to make it very sharp.

The covered side would then become more flexible as a result of the slower cooling applied to it, making for a sharp, tough and flexible blade that was very difficult to break. The new type of sword became known as a tachi and was the predecessor to the very similar katana.

The Spiritual and Artistic Nature of the Samurai Sword

The success of an individual sword would be attributed to both great mastery by the sword-smith who crafted it, and to supernatural forces. When a new sword was made, a ritualistic process would take place with the smith often being blessed and purified by a priest beforehand. According to Inazo Nitobe who wrote about the samurai in the early 20th century;

The sword-smith was not a mere artisan but an inspired artist and his workshop a sanctuary. Daily, he commenced his craft with prayer and purification, or, as the phrase was, ‘he committed his soul and spirit into the forging and tempering of the steel’.

Great attention to detail was given not only to making the blade just right, but making other parts of the weapon such as the hilt, hand guard and scabbard being works of art in their own right.

They were often hand crafted with depictions of Japanese mythology and made from precious materials such as ivory along with gold and silver embedded onto them to enhance the elaborate decoration.

Once complete, the sword would need to be tested to be sure it was worthy of being used on the battle field. The last thing a katana wielder needed was to find out his weapon was sub-standard when his life was depending on it so there were various methods applied to check it beforehand.

The main test was to cut through rushes bundled around a bamboo core as this was considered to give the same resistance as a human body. However other methods of testing the weapons were also employed, for example it was not uncommon to try the sword out on a corpse to be sure it could easily slice through bone or even on a criminal that had been sentenced to death.

This might have been an acceptable form of execution for many prisoners, as an ancient Japanese proverb states that; “Nothing can set honour so right as the cut of a sword”.

The Continuation of Samurai Sword History

After the Satsuma Rebellion of 1877, the Japanese government banned many aspects of samurai life but got the best swordsmen they could find to teach the newly formed police force how to use the weapons. This was the first time the country had a unified system of sword fighting and was the beginning of the art of modern kendo.

Through this discipline the techniques developed over around a thousand years of samurai sword history are preserved, along with many of the spiritual and ethic aspects that went along with learning how to wield a katana and a wakizashi.

A Brief Overview of Samurai Sword History. [Internet]. 2005. The Sword Buyer’s Guide. Available from: http://www.sword-buyers-guide.com/samurai-sword-history.html [Accessed on May 21, 2013]. 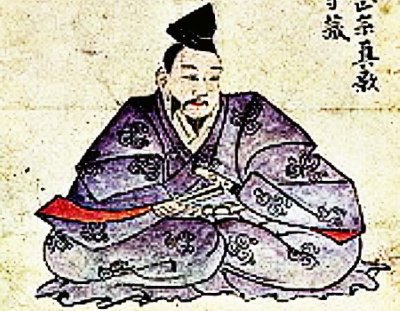 A brief overview of the history of the samurai, looking at the rise and development of the leading social class in Japan and some of the cultural traits than made the samurai warriors unique......Read Article
The Heian Period

The Heian Period was a time of major change in Japan as it saw the rise of a new warrior elite, the Samurai. The leaders of this new power would dominate the politics of the country for centuries and would even supplant the power of the Emperor, though not without a struggle.....Read Article
Tomoe Gozen – Female Samurai Warrior

While the samurai warriors of the late thirteenth century were formidable warriors in their own right, when faced with the onslaught of the Mongol Hordes they seemed to be fated to lose. They were outclassed in every way by however things did not go according to plan for the foreign invaders.....Read Article
The Muromachi Period
The Muromachi Period was a time of turmoil in Japan that can be spilt into two separate eras. At the beginning of the period, the government was divided into two separate entities sparking the Northern and Southern Courts Era. Then, after a brief period of relative stability, the Warring States Era began.....Read Article
Tsukahara Bokuden

Tsukahara Bokuden was a samurai warrior who lived in the 16th century. In his early days he exemplified what a samurai should be and was known as one of the fiercest warriors around. However in later life, Bokuden would take on a more pacifist philosophical stand point.....Read Article
The Death of a Samurai

The manner in which a samurai died was very important and if possible, it would be during combat in a way that would be told in samurai stories for years to come. Failing that, he should die in some other service to his lord or if his honour depended on it, in a ritualistic suicide known as seppuku.....Read Article

The Duels of Miyamoto Musashi
Miyamoto Musashi is one of the most acclaimed samurai that ever lived. While undertaking a warrior’s pilgrimage, he fought in over 60 duels dispatching the best swordsmen in a given area, often in fights to the death.....Read Article
The Samurai at War