The word Shogun actually means Barbarian Subduing General. This is in reference to the first men who held the office, who were charged with the task of subduing the Ainu.

At this time, warriors usually fought on horseback and the bow was their weapon of choice.

The Japanese samurai’s sword was mainly used for close-in fighting and for collecting the heads of defeated enemies, which were then delivered to the warlord to show the number of important kills a samurai warrior had achieved in a particular battle.

During the eleventh century, Japanese literature saw the introduction of the code of ethics that laid out the rules that a warrior should live by which was known as Bushido (Way of the Warrior).

This code would replace an earlier code which was known as Kyusen no Michi (Way of the Bow and Arrow). 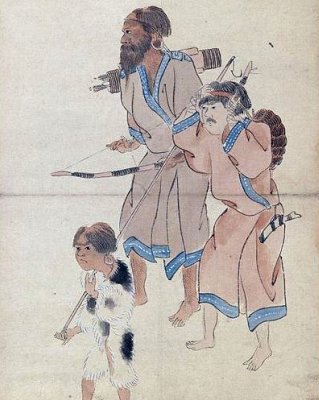 The Heian Period is an important time in the history of the martial arts as it represents the establishment of a new social class in Japan, a class of samurai warriors.

They were formed initially as a result of fighting the Northern tribes, a distinct race known as the Ainu who are believed to be descended from some of the earliest inhabitants of the country and can still be found in the North of Japan to this day.

The Birth of the Japanese Samurai

The land between the capital city of Kyoto and the North traditionally acted as a buffer zone that served to insulate the emperor from the fighting.
As a result, the borders produced the best soldiers the country had to offer and the landowners who controlled these warriors were given the task of subduing the Ainu, considered by the Japanese to be barbarians.

With the eventual subduing of the Ainu, the warrior families of the borders who had fought them for generations were rewarded with tax exempt territories. The heads of the clans were believed to be able to trace their lineage back to the gods and their men were of high born status. They became known as samurai warriors and they believed in loyalty to their warlord above all else.

From the early ninth century, the various powerful families in Japan started to compete against each other, with the strongest increasing their holdings through the spoils of war. From this, three powerful rivals emerged, the Fujiwara, the Taira and the Minamoto clans.

The Fujiwara, the Taira and the Minamoto

The first of these clans to dominate was the Fujiwara, who had close ties with the emperor. By around 850, the Fujiwara Clan controlled the emperor and his government almost completely as they held most administrative and military posts of any importance. The head of the family would be a regent to child emperors and would be the first minister to an adult emperor.

For centuries, when an emperor of Japan married, it would be to a Fujiwara bride putting the clan in a perfect position to rule the country with the emperor becoming no more than a puppet, controlled by the head of the Fujiwara family. However over the course of the Heian Period, the insulated government became weaker and weaker and its hold on power outside of the capital diminished; as a result so too did the overall power of the Fujiwara Clan.

The Taira and the Minamoto clans were growing in strength between the tenth and twelfth centuries by defeating weaker, neighbouring clans and taking their lands and wealth. The two clans would have two major conflicts that would ultimately bring about the end of the Heian Period.

In 1160, Yoshitomo Minamoto was defeated by Kiyomori Taira. Unusually for those times, three of his sons were allowed to live, Yoshitsune, Noriyori and Yoshitomo’s heir Yoritomo. However this proved to be a mistake as both Yoritomo and Yoshitsune decided to learn martial arts from a young age in a bid to avenge their father’s death.

Both grew up to be great warriors and samurai legends that, in a series of decisive battles known as the Gempei Wars, defeated the Taira clan leaving Yoritomo Minamoto as ipso-facto ruler of Japan. Yoritomo then cemented his position with a number of political changes and brought an end to the age in which the samurai legend was first born, the Heian Period. 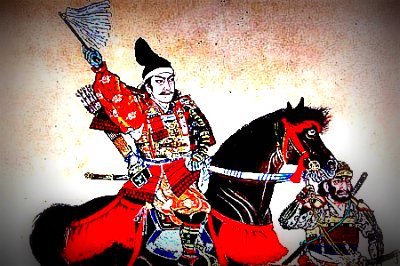 A brief overview of the history of the samurai, looking at the rise and development of the leading social class in Japan and some of the cultural traits than made the samurai warriors unique......Read Article
Tomoe Gozen – Female Samurai Warrior

While the samurai warriors of the late thirteenth century were formidable warriors in their own right, when faced with the onslaught of the Mongol Hordes they seemed to be fated to lose. They were outclassed in every way by however things did not go according to plan for the foreign invaders.....Read Article
The Japanese Samurai Sword

The samurai sword, it is said, was believed to contain the soul of the warrior who owned it. While this is probably an over romanticised view, it is true to say that there was a spiritual connection not only for the wielder of the katana, but also for the sword smith and his creation.....Read Article
The Muromachi Period
The Muromachi Period was a time of turmoil in Japan that can be spilt into two separate eras. At the beginning of the period, the government was divided into two separate entities sparking the Northern and Southern Courts Era. Then, after a brief period of relative stability, the Warring States Era began.....Read Article
Tsukahara Bokuden

Tsukahara Bokuden was a samurai warrior who lived in the 16th century. In his early days he exemplified what a samurai should be and was known as one of the fiercest warriors around. However in later life, Bokuden would take on a more pacifist philosophical stand point.....Read Article
The Death of a Samurai

The manner in which a samurai died was very important and if possible, it would be during combat in a way that would be told in samurai stories for years to come. Failing that, he should die in some other service to his lord or if his honour depended on it, in a ritualistic suicide known as seppuku.....Read Article

The Duels of Miyamoto Musashi
Miyamoto Musashi is one of the most acclaimed samurai that ever lived. While undertaking a warrior’s pilgrimage, he fought in over 60 duels dispatching the best swordsmen in a given area, often in fights to the death.....Read Article
The Samurai at War